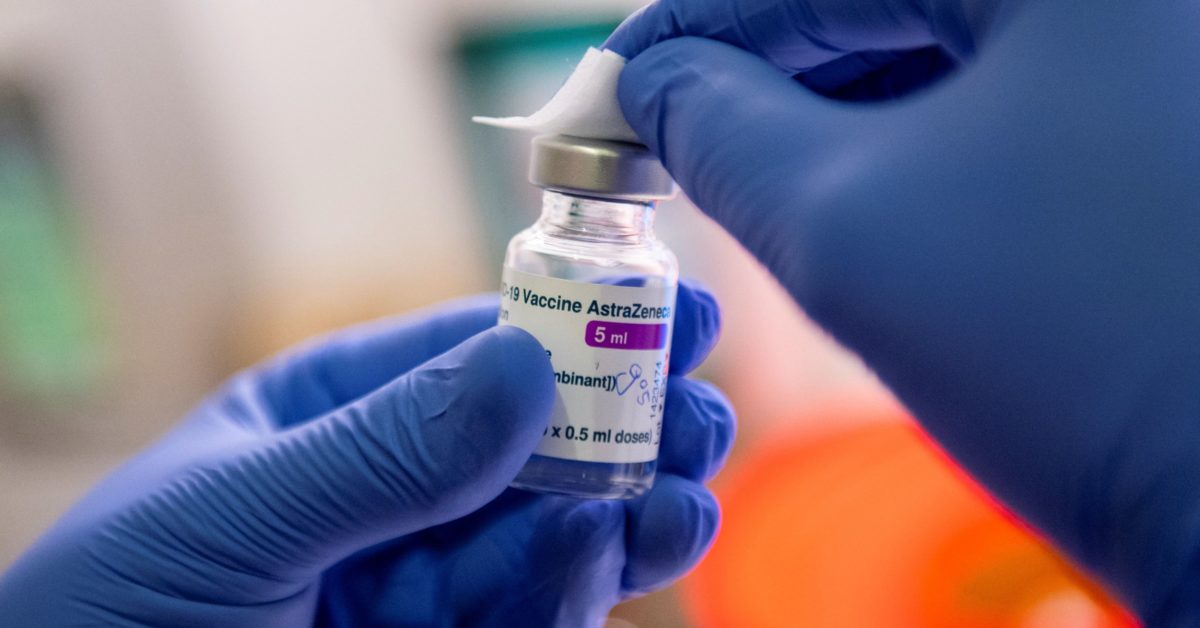 The U.K. on Wednesday concluded that adults under 30 should be offered an alternative to the Oxford/AstraZeneca COVID-19 vaccine, after reviewing cases of rare blood clots.

Jonathan Van-Tam, deputy chief medical officer for England described the move as “a course correction” for the U.K. vaccination program, meaning that younger adults will be offered alternative vaccines instead.

June Raine, chief executive of the Medicines and Healthcare Products Regulatory Agency (MHRA) said that the benefits continue to outweigh the risks “for the vast majority of people.” She said more work was needed to identify definitively if the vaccine is the cause of rare blood clots in younger adults.

“The balance of benefits and risks is very favorable for older people but it is more finely balanced for younger people,” she said.

Of over 20 million doses administered, there have been 79 reports of suspected blood clots with low platelets up to and including March 31. Nineteen people have died as a result, three of whom were under 30 years. Cases occurred in 51 women and 28 men aged between 18 and 79 years.

Raine said 14 of the 19 fatal cases were of cerebral venous sinus thrombosis (CVST), with low platelets, and five were other kinds of thrombosis in major veins.

Wei Shen Lim, chair of the Joint Committee on Vaccine and Immunisation, said that adults aged 18-29 years who do not have an underlying health condition that puts them at higher risk from serious disease should be offered an alternative COVID-19 vaccine in preference to the Oxford/AstraZeneca vaccine, “where such an alternative vaccine is available.”

The U.K.’s medicines regulator concluded there is a “possible link between the Oxford/AstraZeneca vaccine and extremely rare, unlikely to occur blood clots,” the agency said in a statement following a televised announcement.

The MHRA said it is contacting health care professionals on how to minimize risks, as well as updating the product information. This includes only administering the jab to people of any age who are at higher risk of blood clots “if benefits from the protection from COVID-19 infection outweighs potential risks.”

Anyone who experienced cerebral or other major blood clots with low platelets after their first dose, should not have their second dose. And pregnant women should discuss with their health care professional whether the benefits of having the vaccine outweigh the risks for them, the MHRA said.

As a precaution, anyone who experiences possible symptoms, such as a new severe headache, blurred vision,  confusion, chest pain or bruising, four days or more after vaccination, should quickly seek medical help.

“No effective medicine or vaccine is without risk,” said Raine, adding that “the public’s safety is always at the forefront of our minds.”

To date, the U.K. has administered over 37 million COVID-19 vaccine doses including BioNTech/Pfizer and Oxford/AstraZeneca’s jabs (31.6 million first doses and nearly 5.5 million second shots). Around three in five of the jabs given are AstraZeneca’s.

The MHRA’s announcement came as the European Medicines Agency concluded its latest review into blood clots and the Oxford/AstraZeneca vaccine this afternoon. It did not restrict use of the vaccine, while noting there is a “possible link” to “very rare” cases of blood clotting.

Europe has given out around 40 million doses of the vaccine. Last week, the EMA said there had been 44 cases of blood clots in the brain in the European Economic Area as of March 22. The agency concluded then that the benefits of using the vaccine outweighed the risks.

‘They weren’t supposed to be heroes’ — Italy’s lost doctors

Biden, Setting Afghanistan Withdrawal, Says ‘It Is Time to End the Forever War’

Why are so many babies dying of Covid-19 in Brazil?